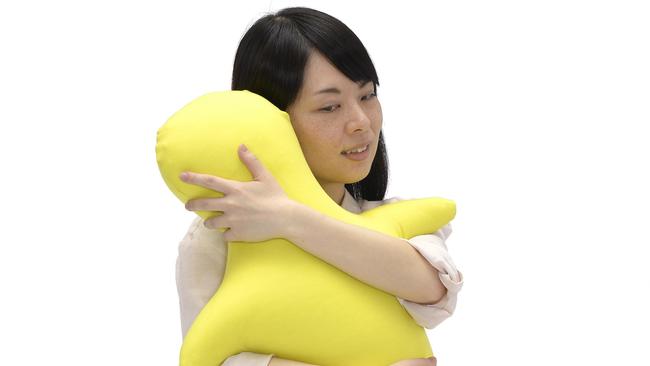 Have you ever just wanted a hug while you were speaking to someone on the phone?

If you answered yes to either of these questions then your problems have been solved.

A Japanese telecommunications company has come up with a solution — the Hugvie.

What’s that you ask?

Well, according to the designers it’s a human-shaped pillow with a slot in its head for a mobile phone.

You will no longer have to feel ‘distant’ or lonely while speaking on your mobile because these cushions look a little like small people, with a skin-like texture, that can hold your mobile device.

The “Hugvie”, which has a head, a torso and short limbs — think Casper the Friendly Ghost, but without any facial features — is the result of a collaboration between robot engineers, a futon vendor and a textile firm.

Users put their phone inside the Hugvie when making a call, and then embrace it, in what one researcher dubbed “cushion-style communication media”. 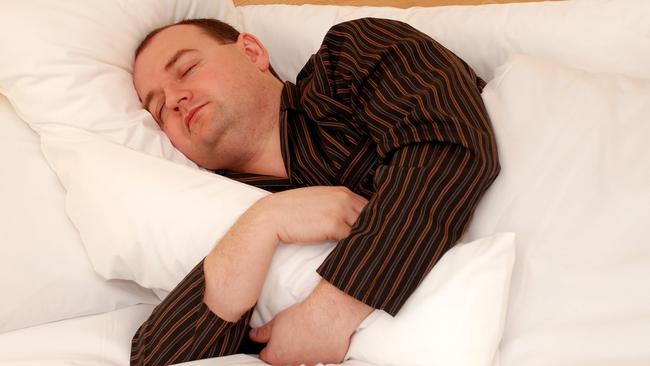 Engineers at the Advanced Telecommunications Research Institute International (ATR) said they worked on the principle that people feel closer to whomever they are speaking when two or more senses are engaged, such as hearing and touch.

“Hugvie is a simple device that uses voice and tactile senses. It creates a strong sense that the user is hugging the other person, a feeling that cannot be attained via mobile phones,” ATR and its collaborators Kyoto Nishikawa and industrial materials maker Toyobo said.

And it actually is rooted in science: research has shown that physical contact with a simple, inanimate object decreased levels of cortisol, the hormone associated with stress.