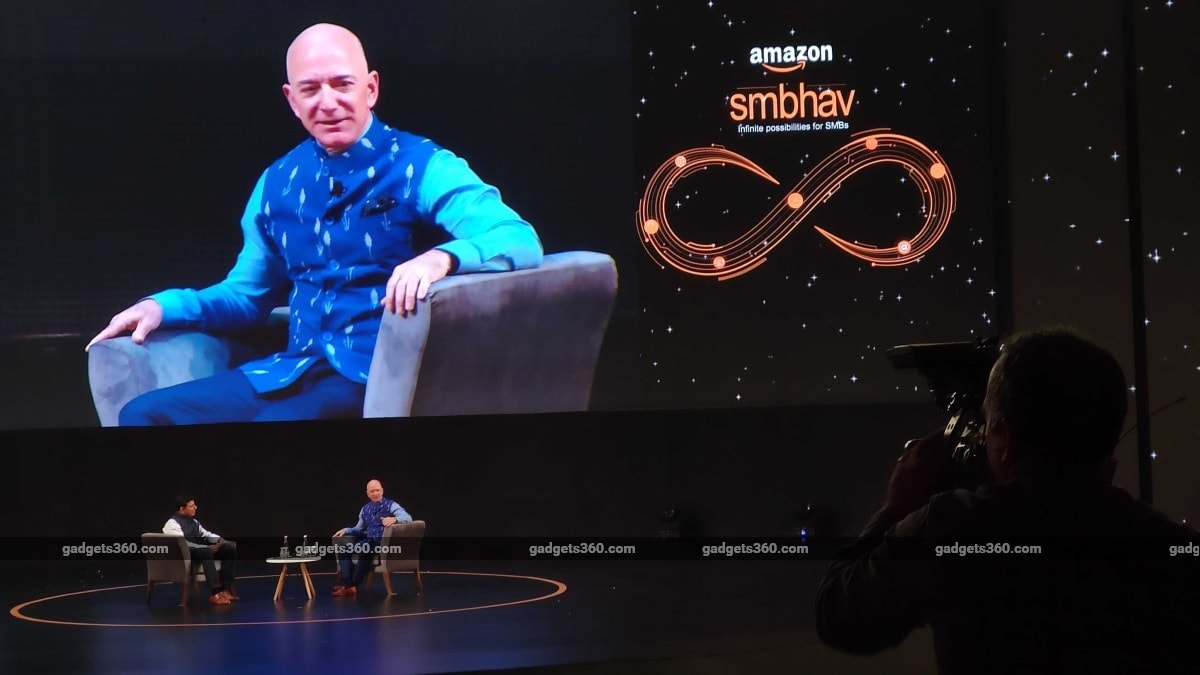 Amazon is investing fresh $1 billion (roughly Rs. 7,089 crores) in India, CEO Jeff Bezos announced while speaking at the small and medium businesses (SMBs) focussed Amazon Smbhav event in New Delhi on Wednesday. The US e-commerce giant has also revealed that it is set to export $10 billion (roughly Rs. 70,890 crores) of India-manufactured goods by 2025. Amazon CEO Jeff Bezos, 56, is on his latest visit to India, over five years after he last arrival in the country back in October 2014. The two-day event witnessed the presence of more than 3,000 SMBs on its first day. The Seattle-headquartered company has over 500,000 sellers in India.

The new investment will be added to Amazon’s existing funding of a total of over $5.5  billion (roughly Rs. 38,986 crores) in the country.