The Education Minister’s interaction with Vice-Chancellors of universities across the country has been postponed. HRD Minister, Ramesh Pokhriyal ‘Nishank’, tweeted that the interaction is being postponed due to some urgent official commitments. Next date for the interaction will be announced soon, he added.

An interaction with Vice Chancellors of universities with the HRD Minister was scheduled for today at 4 pm. The interaction was organized by All India Universities Association. However, as stated by the minister in a tweet, the live interaction, which was to be held through social media platforms Facebook and Twitter, has been postponed. The Minister cited urgent official commitment for the postponement of the programme. 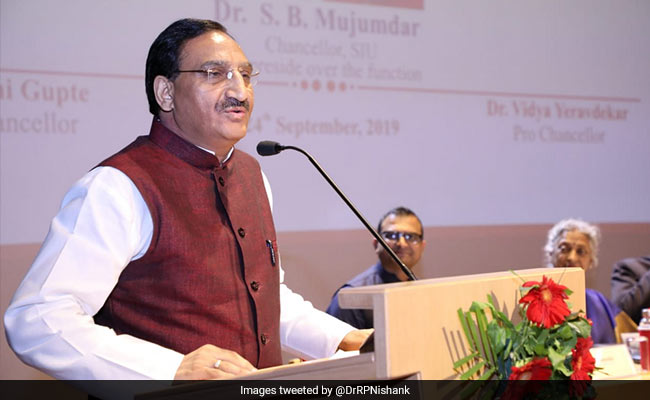 The interaction will now be held at a later date. The webinar was to be held on the topic ‘Higher Education post COVID-19 era’ and it was expected that critical points about higher education would be discussed during the interaction.

Meanwhile, the minister is set to hold a third webinar in the series ‘#EducationMinisterGoesLive’, this time for teachers and educators. Like his previous two webinars, he has again invited questions and suggestions from the participants on social media. The webinar with teachers will be held on May 14 at 12 pm and will be hosted on social media platforms Facebook and Twitter.