Samsung Galaxy A31 Launching in India 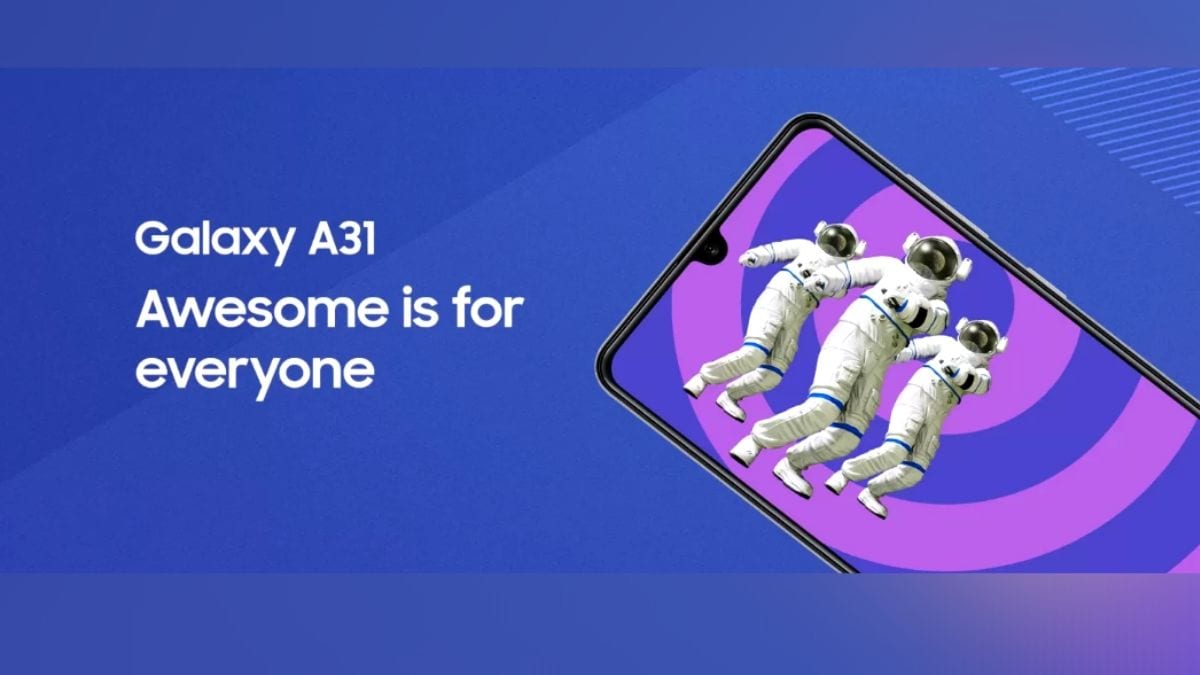 Samsung Galaxy A31 is set to launch in India today at 2pm. The Galaxy A31 was globally unveiled back in March and the phone succeeds the Galaxy A30, launched in February 2019. The new Samsung phone comes with quad rear cameras and a waterdrop-style display notch. Moreover, a report recently tipped the pricing of the smartphone adding that the phone will be available to purchase via offline retailers as well. Samsung Galaxy A31 is said to be offered in four colour options.

Samsung Galaxy A31 will be unveiled at as a part of a virtual event that will kick off at 2pm, according to Samsung website. You will be able to watch on the company’s website, Facebook, and YouTube. We have embedded the YouTube livestream below for you to check out the launch event right here.

A report recently claimed that the Samsung Galaxy A31 will be priced around ₹ 23,000 in India. The phone will likely be offered in Blue, Black, Red, and White colour options.

In terms of availability, the Galaxy A31 will be up for grabs via Flipkart. It is stated that the phone will be available to purchase through official offline channels as well. Flipkart is listing a launch time of 3pm, suggesting that’s when the phone will go on sale.

To recall, Samsung unveiled the Galaxy A31 back in March, however, the phone’s pricing at the time was not revealed. The phone comes as the successor to the Galaxy A30 that was launched in February last year.

The dual-SIM (Nano) Samsung Galaxy A31 runs Android 10 with One UI on top and features a 6.4-inch full-HD+ (1,080×2,400 pixels) Infinity-U display with 20:9 aspect ratio. The phone is powered by an octa-core processor, which is believed to be MediaTek Helio P65 SoC, coupled with 4GB and 6GB RAM options.

The phone also comes in 64GB and 128GB onboard storage options and the memory is expandable via a microSD card (up to 512GB). Besides, Samsung Galaxy A31 packs a 5,000mAh battery that supports 15W fast charging.

Connectivity options on the Galaxy A31 include 4G LTE, Wi-Fi, Bluetooth, GPS/ A-GPS, and a USB-Type port. The phone offers an in-display fingerprint sensor for biometric authentication.