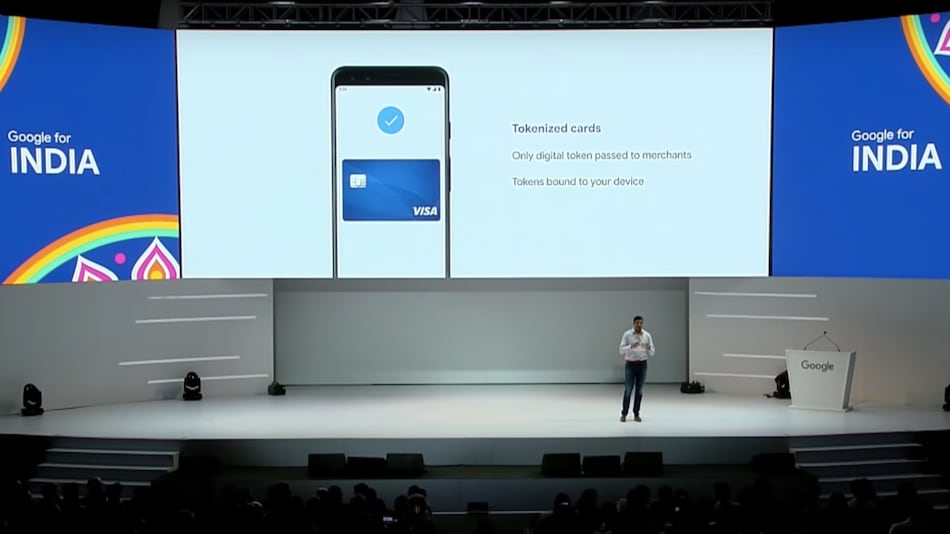 Google Pay in India is rolling out a new feature where users can add their NFC-powered credit and debit cards as a payment method in addition to the existing bank account option. The new development would help Google initiate tokenized payments cards — the offering that was announced at Google for India last year to enable secure online payments via Google Pay using credit and debit cards. It was set to roll out for Visa cards in a few weeks. However, the option didn’t reach the public even after nearly a year of its announcement.

As reported by Android Police, Google Pay has been rolling out support for adding credit and debit cards. Users need to verify their card by entering the OTP they get from the bank to add their card to the app. Once registered, Google Pay brings tap and pay functionality that can be used at NFC-enabled terminals for making touchless payments using a smartphone. 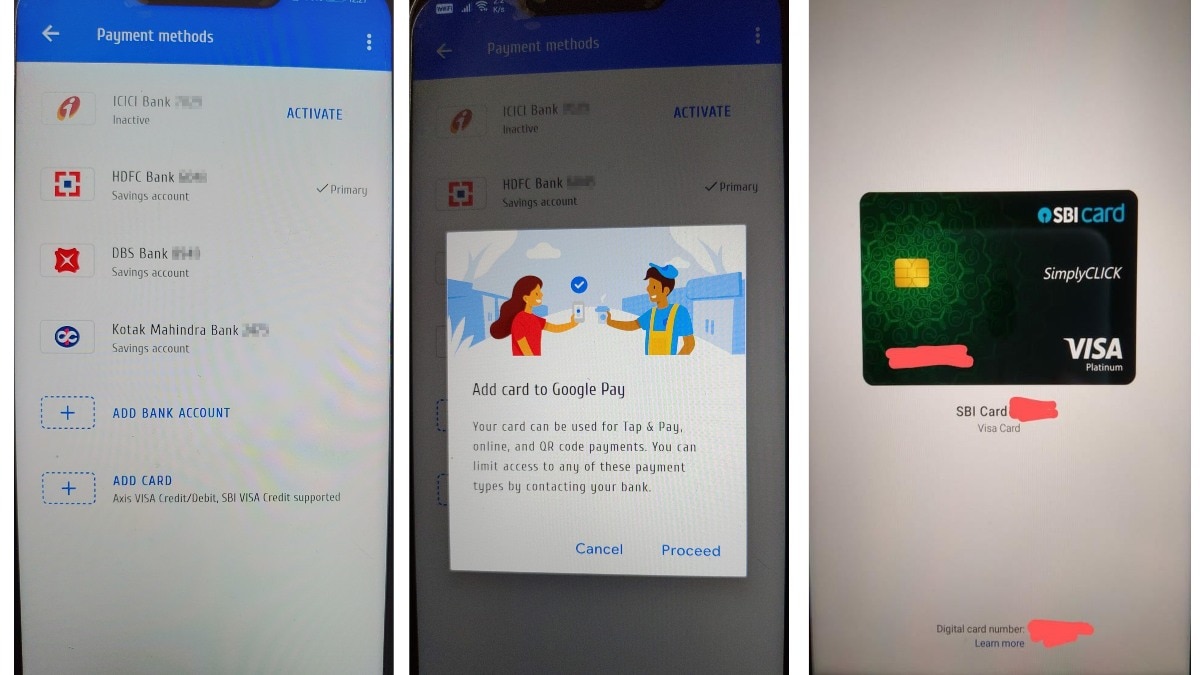 Google Pay seems to have added the option to add credit and debit cards for some users
Photo Credit: Android Police

Reddit has a thread that suggests card support has been available for some users on Google Pay for nearly a month. However, it still seems to be limited to select users and is yet to receive a broader rollout.

Google has also created a support page that details the steps to add a credit or debit card to the Google Pay app. It says that the option to add a card is available under the Payment methods section of the settings menu. However, it is important to note that the support page mentions not all Google Pay users would have it currently. Card support is also limited to Visa cards issued by Axis and State Bank of India (SBI).

Gadgets 360 wasn’t able to spot the option to add cards on the latest Google Pay app for both Android and iOS devices. We reached out to Google for clarity on the rollout, and received the following statement by Sajith Sivanandan, Business Head, Google Pay and Next Billion Users initiatives, India.

We started rolling out tokenized cards earlier this year on Google Pay, which helps users make debit or credit card payments through a secure token attached to their phone which makes it more secure and thereby keeps their card details safe. It is also much more user friendly. For example, you can tap-to-pay on NFC-enabled POS terminals or make online payments without getting redirected to 3D secure sites. We are rolling this out for users of Visa cards on Axis Bank and SBI credit cards, with more issuers coming soon.

The arrival of the option to add cards to Google Pay is setting the pitch for tokenized cards that the search giant announced last year. The feature was projected to bring a secure online payment experience by using digital tokens instead of showing the actual credit or debit card number to payment gateways. Google had said that tokenized cards would be available for Visa cards issued by Axis, HDFC, Kotak, and Standard Chartered banks. However, the new rollout seems even limited in nature.